The second workshop of the STAC-CBRNE project (Strengthening the Transnational Capacity of the Management of CBRNE agents related Emergencies, funded by the Swedish Institute) took place in Helsinki on 19-20 April 2018, with 24 participants, from six countries in the Baltic Sea Region (Estonia, Finland, Germany, Norway, Poland and Sweden). The workshop was organised by the CBSS Civil Security team and hosted by the Finnish National Rescue Association (SPEK). The diverse group was made up of representatives of academic institutions, civil society, civil protection authorities, government ministries and the private sector.

The meeting was built on the results from the project’s first workshop, during which the participants shared their experiences in different CBRNE related initiatives and projects, identified gaps and capability challenges, brainstormed potential tools to address the identified needs, and screened potential funding opportunities.

The workshop in Helsinki was comprised of a mix of presentations on: learning through scenarios, the FINEST demonstration with Finland and Estonia, the Swedish and Finnish CBRNE strategies, bridging gaps in the training of services dealing with CBRN threats, how the results of projects can be used in future projects with the (ex. Aether project) and regional preparedness (from the Miksei Mikkeli experience).

During the workshop, the group agreed that the next step would be the drafting of a concept for a large CBRNE stakeholder networking forum (working name “Treff”), as a tool to address the issues and gaps identified earlier. The preparatory work has started with a mapping of all CBRNE stakeholders in the BSR, based on the report: “Mapping of responsibilities for CBRNE Emergency Management in the Baltic Sea Region“

The whole STAC-CBRNE participants’ group is now considered an “Advisory Board” or “Reference Group” to provide expertise and input on any actions or initiatives that will be developed, including “Treff”. Furthermore, two smaller groups will be established: a consultation group – responsible for taking part in the joint drafting of the “Treff” concept; and a working group – responsible for monitoring upcoming calls and funding opportunities.

The first draft of the concept for the large stakeholder networking meeting (“Treff”) will be drafted by the CBSS Civil Security team, with input received during the workshop. The consultation group will then provide initial input to the draft before it is sent to the STAC-CBRNE Reference Group for commenting and approval. The process and concept for the “Treff” will be presented to the 16th Meeting of the Directors General of Civil Protection in the Baltic Sea Region, on 7 May 2018, and support for the initiative will be requested. Next meeting of the project’s Reference Group will be held later this year (preliminary –  in October 2018). 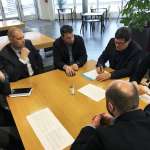 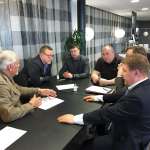 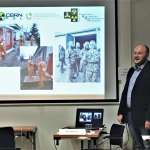 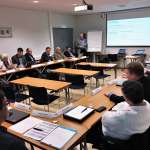 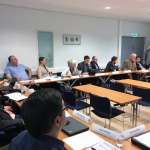 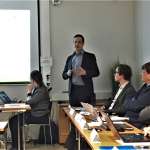