Posted 10 months ago by bsr-secure 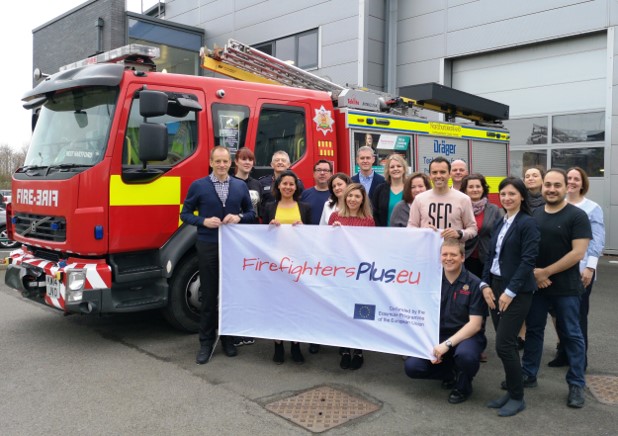 On 24 – 25 October, the European Forum on integration of migrants and refugees took place in Hamburg. The forum gathered participants from all over Europe to share experiences, good practices and important perspectives on integration efforts.

In the workshop “Firefighters: role models promoting social inclusion”, led by Kim Lintrup from Frederiksborg Fire & Rescue Service, Denmark, the participants got insights on how firefighters, ranked as one of the most trustworthy professions in the world, can bring about positive change in society through focusing on vulnerable groups, such as migrants and refugees. The Erasmus+ funded project FirefighterPlus was highlighted as a good example. An online platform has been developed by the project – where firefighters can learn how they can use their position as role models to promote social inclusion as well as fire safety. On 18 November, The FirefighterPlus project was awarded the first European Fire Safety Award. The “Story of Zouhair” was another inspirational example of how win-win situations are created by involving young volunteers from vulnerable areas in fire prevention.

The workshop “Road map for integration of victims of human trafficking among migrants in Finland, Germany and Sweden” led by Vineta Polatside from the CBSS Task Force Against Trafficking in Human Beings, focused on long-term protection initiatives of previously trafficked persons. To build a life after trauma can be struggling and the workshop highlighted the importance of empowerment measures alongside efforts on prevention of revictimization. The workshop leaders led the participants through the road of integration where they were asked various questions to cross checkpoints and overcome challenges on the way to becoming an active member of the society – economically, politically and socially empowered.

Both workshops showed aspects of integration that are not considered often and highlighted valuable perspectives for the work forward.

10 months ago No Comments