The CBSS Civil Protection Network Senior Experts Meeting was held on 20-21 of February 2018 in Stockholm.

The meeting was opened by Ambassador Hans Olsson, Chairman of the Committee of Senior Officials of the CBSS during the Swedish Presidency. Welcoming the experts, the CBSS Secretariat’s Director General, Ambassador Maira Mora emphasised that the shared geography of the BSR dictates cross-sectorial cooperation, joint education and training efforts, such as the Baltic Leadership Programme in Civil Security, as well as joint implementation of the UN Sendai Framework for Disaster Risk Reduction to increase resilience in the region.

The meeting was chaired by Julia Fredriksson, PhD, Adviser on EU and International Issues, from the Swedish Civil Contingencies Agency (MSB), who led the discussion on the countries’ plans to fulfil the strategic actions, agreed upon in the Joint Position on Enhancing Cooperation in the Civil Protection Area, adopted by the Directors General for Civil Protection in the BSR in May 2017.

The participants were briefed about the latest developments in the application for the CASCADE project  (Community Safety Action for Supporting Climate Adaptation and Development), reviewed the progress in the  STAC-CBRNE project (Strengthening the Transnational Capacity of the Management of CBRNE agents related emergencies) and the final report “Mapping  of responsibilities for CBRNE emergency management in the Baltic Sea  Region”

The meeting concluded with a roundtable, where the recent activities of the CBSS Member States in the areas of Civil Protection were discussed, followed by a presentation by the incoming Latvian Chairmanship of the CPN, and the Latvian Presidency of CBSS.

The 16th Meeting of the Directors General for Civil Protection in the Baltic Sea Region is planned to be held in Stockholm on 7-8 May 2018. 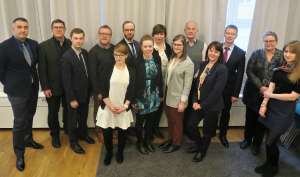 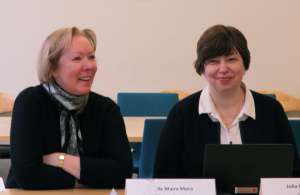 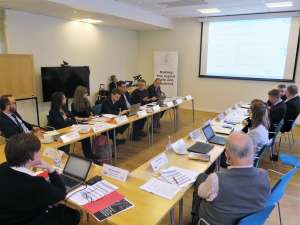