Posted 10 months ago by bsr-secure

The second meeting of the BSTF (Baltic Sea Task Force on Organised Crime) Operational and Planning Committee during the German-Polish chairmanship took place in Gdańsk on 18-19 June 2019. It was chaired by Mr Adam Cieślak, the Deputy Head of the Central Investigation Bureau of Police and his collaborators. The central themes discussed during the meeting were the fight against drug smuggling and trafficking, combating smuggling cigarettes and other tobacco products, as well as counteracting trafficking in human beings for the purpose of forced labour.

The meeting began with a study visit at the Baltic Container Terminal in Gdynia during which Polish customs officers presented to experts from all BSR countries the most modern techniques of scanning mass shipments, selecting suspect consignments for physical control and methods of analysing the obtained data. The participants had an opportunity to follow in real time the whole procedure of scanning of selected consignments, including the detailed analysis of pictures obtained and its comparison with pictures stored in the databases. This study visit helped to get a better understanding of the challenges related to fighting against drugs and excise goods smuggling in the BSR.

During the BSTF OPC plenary sessions, the participants saw presentations of experts representing Europol, Interpol, Polish Police, Polish National Revenue Administration, Polish National Border Guard and Swedish Police on the main topics of the meeting. The new trends in the activity of the organised crime groups were highlighted, namely the very high increase of volume of drugs (cocaine and heroine) smuggled in single shipments from Latin America and East-South Asia. Scandinavia is still one of the most important destinations for the drugs, including synthetic drugs and new psychoactive substances. The necessity for more effective cooperation with law enforcement agencies in countries which are used as main smuggling routes (Spain, Netherlands) has been emphasized.

The next BSTF OPC meeting will be held in March 2020. 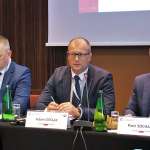 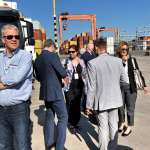 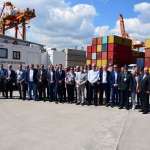 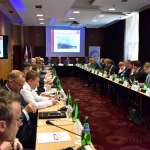 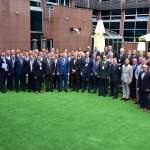 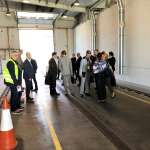 10 months ago No Comments